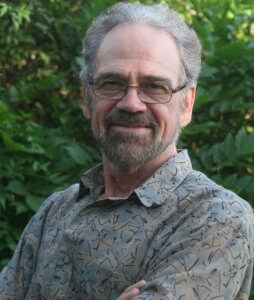 America’s warblers, jays and all other songbirds on earth can be traced back to an origin in Australia. Genetic, fossil and anatomical evidence all point to this conclusion, which is now consensus science. As befits their very long residence, songbirds in Australia are exceptionally diverse in behaviours, with bowerbirds collecting plastic, magpies blinding children, choughs that kidnap helpers, honeyeaters that farm insects (leading to thousands of tree deaths), and the world’s most promiscuous songbirds. Australia has also given the world many parrots and pigeons, including the dodo. Its cassowaries are the world’s most dangerous garden birds, responsible for serious injuries and human deaths.

Tim Low is an Australian biologist, environmental consultant and best-selling author of seven books about nature and conservation. His Where Song Began won the Australian Book Industry Award for best general non-fiction as well as other prizes. It was strongly praised in the New York Review of Books and recommended by Scientific American. An earlier book, Feral Future, inspired the formation of the Invasive Species Council, an Australian conservation organization that campaigns for better policies on invasive species. Tim’s articles have appeared in Australia’s leading newspapers and magazines. He has decades of experience as a field zoologist and botanist, having discovered several new lizard species, including one named after him. He has watched birds on every continent.