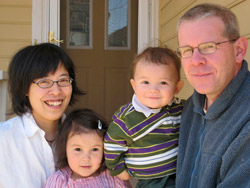 Ted Floyd is the Editor of Birding, the flagship publication of the American Birding Association. He has published widely on birds and ecological topics. Ted has written more than 125 articles, with contributions to scholarly journals such as Ecology, Oecologia, Animal Behaviour, Journal of Animal Ecology, and Trends in Ecology and Evolution and contributions to popular magazines such as Natural History, Birdwatcher’s Digest, and Birding. He has contributed chapters to textbooks and guidebooks published by Oxford University Press, Houghton Mifflin, and National Geographic. He is senior author of the Atlas of the Breeding Birds of Nevada (University of Nevada Press, 2007) and author of the Smithsonian Field Guide to the Birds of North America (HarperCollins, 2008).

Ted received a B.A. in Ecology & Evolutionary Biology from Princeton University in 1990 and a Ph.D. in Ecology from Penn State University in 1995. He is currently an instructor with the American Birding Association’s Institute for Field Ornithology program, and he has taught college-level courses in ecology, evolution, entomology, statistics, conservation biology, and other topics. Ted is a frequent speaker at birding festivals and ornithological meetings, and he has led birding trips and workshops throughout North America. He has lived and birded in Massachusetts, New York, New Jersey, Pennsylvania, New Mexico, Nevada, and Colorado. In the course of his scientific research and outreach activities, he has visited and birded in Mexico, Central America, and the Caribbean, as well as South America, Europe, and Asia.

Ted has broad interests in birding and ornithology, especially as they relate to conservation and management. In recent years, he participated in the creation of Bird Conservation Plans for Partners in Flight and in the production of Eco-Regional Plans for The Nature Conservancy. Currently, Ted is contributing to an effort to describe the nocturnal flight calls of migrating birds in western North America, and his findings are helping to clarify basic patterns of occurrence of birds on active migration in the West. His work has also highlighted the value of nocturnal flight calls as an identification aid for bird species that are otherwise easy to overlook in the field.