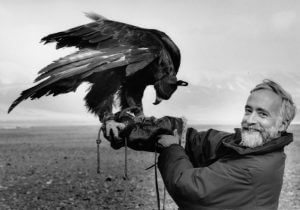 The author of A Celebration of Birds: The Life and Art of Louis Agassiz Fuertes (1982), Headhunters and Hummingbirds: An Expedition into Ecuador (1987), and William Bartram’s Travels (1980), and co-author of All In The Bones: A Biography of Benjamin Waterhouse Hawkins (2008), and A Glorious Enterprise: The Academy of Natural Sciences of Philadelphia and the Making of American Science (2012), Mr. Peck has written for a wide range of popular and scholarly magazines including: Audubon, Natural History, National Wildlife, International Wildlife, Nature, Arts, Antiques, Image, Terra, Explore, Landscope (Australia), The Journal for Maritime Research, The Philadelphia Inquirer, and The New York Times.

In 1990 he authored Land of the Eagle: A Natural History of North America, the companion volume to an 8-part BBC / PBS television series of the same title which deals with the discovery and exploration of America from a natural history point of view. Within weeks of its appearance in Great Britain, Mr. Peck’s book went onto the UK best-seller list, where it remained for nine weeks (reaching the #3 slot in April, 1990). The German edition, Im Land Des Adlers (1992) also achieved best-seller status.

An active member of the Explorers Club (which has honored him with its Explorers Award), Mr. Peck has developed a special interest in the history of exploration, retracing the travel routes of a number of 18th and 19th century naturalists including William Bartram, John James Audubon, Henry David Thoreau, Alexander Von Humboldt, John Burroughs and John Muir.

He has served as a natural history consultant to the Metropolitan Museum of Art, the Princeton University Library, Readers Digest Books, David Attenborough and the British Broadcasting Corporation (BBC).

In 1989 a new species of South American frog (one of three new species he discovered during an expedition to Ecuador) was named in his honor.

In 1991 Mr. Peck was honored by the Academy of Natural Sciences which awarded him the Richard Hopper Day Medal for his work in interpreting natural history to the public. (Other recipients of the medal have included: Jacques Piccard, Louis Leakey, Ruth Patrick, David Attenborough, Lewis Thomas, Gerald Durrell, Stephen Ambrose, and Sylvia Earle.)

As the Eleanor Garvey Fellow in Printing and Graphic Arts at Harvard University’s Houghton Library for the 1994 – 1995 and 2010 – 2011 academic years and as a Fellow of the Yale Center for British Art in 1997, Mr. Peck has pursued research on the 19th century naturalist, writer and artist Edward Lear in preparation for an exhibition and publication on that subject which was held at Harvard in conjunction with the bicentennial of Lear’s birth in 2012.

From 1999 to 2000 Mr. Peck assisted the Buffalo Bill Historical Center in Cody, Wyoming, with the national traveling exhibition on John James Audubon in the West and contributed a chapter to the catalog / book that accompanied the exhibition. In 2007 he was a consultant for and commentator on an American Masters documentary entitled John James Audubon: Drawn from Nature for PBS.

In 2001 Mr. Peck served as historian for a retracing of Edward Harriman’s 1899 expedition to Alaska organized by the Clark Science Center at Smith College, and as a commentator for the two hour documentary film that was made about it. The Harriman Expedition Retraced was broadcast on PBS in 2004.

Mr. Peck has been honored with Philadelphia’s Wyck-Strickland Award for outstanding contributions to the cultural life of Philadelphia. In 2012 he was granted an honorary Doctor of Humane Letters degree by the University of Delaware.

In recognition of his deep knowledge of the cultural and natural history of Mongolia, Mr. Peck was invited by the US Department of State and the White House to represent the United States at ceremonies marking Mongolia’s 800th birthday in Ulaan Baatar in July 2006. The presidential delegation consisted of Secretary of Agriculture Mike Johanns, Mrs. Johanns and Robert Peck.

In 2008 Mr. Peck prepared an exhibition and book about the British artist and naturalist Benjamin Waterhouse Hawkins (1807-1894), Charles Darwin’s illustrator and the first person to create life-sized sculptures of dinosaurs (at the Crystal Palace in London in 1854). The book was published in the summer of 2008 and was excerpted to serve as the lead story in the December / January 2009 issue of Natural History magazine.

In the spring of 2012, he guest-curated an exhibition on the British writer, traveler, and artist Edward Lear (1812-1888) for Houghton Library at Harvard University, and published an extensive essay on Lear’s work as a natural history artist for the Harvard Library Bulletin.

Mr. Peck is the coauthor (with Patricia Tyson Stroud) of A Glorious Enterprise: The Academy of Natural Sciences of Philadelphia and the Making of American Science (University of Pennsylvania Press, 2012).