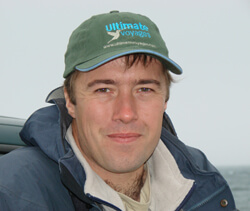 In 1999 he moved to Ecuador where he has worked with a number of conservation organizations including the Wildlife Conservation Society and Birdlife International. He is one of the founders of Forests without Borders and was its first international coordinator. In 2003 he moved to northern Peru where he has been involved in helping a local community develop the large Chaparrí Ecological Reserve, particularly working with the critically endangered White-winged Guan. Most recently he has worked with the Frankfurt Zoological Society, coordinating their large-scale rainforest conservation project in Amazonian Peru.

He has published 25 scientific papers and four books.