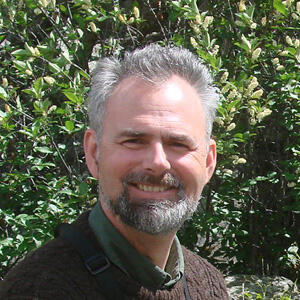 A Nebraskan by birth, Rick Wright attended University of Nebraska in the late 1970s. While in college he served as assistant to Paul A. Johnsgard; Rick was given the job of reorganizing the bird skin collection at the university museum.

In 1983 Rick enrolled at Harvard Law School briefly, and then embarked on a graduate program in medieval French and German literature at Princeton. His subsequent career has included teaching at University of Illinois at Champlain and Fordham University in New York City. He is a contributor to the the Princeton University Index of Christian Art.

Rick and his wife Alison moved to Tucson AZ in 2002 where Rick founded Amophila Adventures, a bird guide service. Since then, Rick served as editor of ABA’s Winging It and managing director of Wings and is currently editor of the book review section of Birding magazine.

As of 2011 Rick and Alison reside in northern New Jersey.

Rick has published a number of articles in birding journals and is currently working on two books: