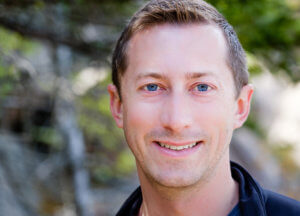 Morgan Tingley – The Journey of Birds Across Space and Time

The Carolina Parakeet, the Heath Hen, the Passenger Pigeon—when we contemplate how our country’s bird life has changed, we often focus on the handful of species we have lost entirely. But while we have yet to lose a single bird species to our rapidly changing climate, the birds around us have been adapting and changing in a multitude of ways. Join Dr. Tingley on a journey across our nation and through the last century, walking in the footsteps of past zoologists to compare their world to the one we see today, to learn how climate change has already dramatically changed the lives of birds.

Morgan Tingley is an Associate Professor of Ecology and Evolutionary Biology at the University of California, Los Angeles. He joined the faculty at UCLA in 2020, after previously serving as an Assistant Professor at the University of Connecticut and as a David H. Smith Conservation Research Fellow at Princeton University. He holds a Ph.D. in Environmental Science, Policy, and Management from the University of California, Berkeley. Prior to this, he received a B.A. from Harvard University and a M.Sc. from Oxford University. He is an elected fellow of the American Ornithological Society and a research associate with the Institute for Bird Populations. He is a recipient of the “Wings across the Americas” conservation award from the U.S. Forest Service, and the Young Professional Award from the Cooper Ornithological Society. His research papers have been covered widely by the popular press, including features by The New York Times and The Washington Post.