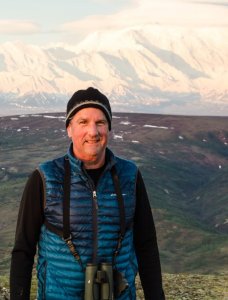 Crows are mischievous, playful, social, and passionate. They have brains that are huge for their body size and exhibit an avian kind of eloquence. They mate for life and associate with relatives and neighbors for years. And because they often live near people—in our gardens, parks, and cities—they are also keenly aware of our peculiarities, staying away from and even scolding anyone who threatens or harms them and quickly learning to recognize and approach those who care for and feed them, even giving them numerous, oddly touching gifts in return. The ongoing connection between humans and crows—a cultural co-evolution—has shaped both species for millions of years. And the characteristics of crows that allow this symbiotic relationship are language, delinquency, frolic, passion, wrath, risk-taking, and awareness—seven traits that humans find strangely familiar.

With his extraordinary research on the intelligence and startling abilities of corvids—crows, ravens, and jays—scientist John Marzluff tells amazing stories of these brilliant birds in Gifts of the Crow, shining a light on their fascinating characteristics and behaviors. Teamed with artist and fellow naturalist Tony Angell, they offer an in-depth look at these complex creatures and our shared behaviors, illustrated with gorgeous line drawings. Crows gather around their dead, warn of impending doom, recognize people, commit murder of other crows, lure fish and birds to their death, drink beer, turn on lights to stay warm, design and use tools, use cars as nutcrackers, windsurf and sled to play, and work in tandem to get cheese whiz out of a can.  Their marvelous brains allow them to think, plan, and reconsider their actions.

With its abundance of funny, awe-inspiring, and poignant stories, Gifts of the Crow portrays creatures who are nothing short of amazing. A testament to years of painstaking research, this fully illustrated, riveting work is a thrilling look at one of nature’s most wondrous creatures.

John Marzluff, Ph.D., is Professor of Wildlife Science at the University of Washington.  His research has been the focus of articles in the New York Times, National Geographic, Audubon, Boys Life, The Seattle Times, and National Wildlife.  PBS’s NATURE featured his raven research in its production, “Ravens,” and his crow research in the film documentary, “A Murder of Crows.”

John Marzluff is James W. Ridgeway Professor of Wildlife Science at the University of Washington.  His graduate (Northern Arizona University) and initial post-doctoral (University of Vermont) research focused on the social behavior and ecology of jays and ravens.  He was especially interested in communication, social organization, and foraging behavior (e.g., The Pinyon Jay, 1992, Academic Press).  His current research brings this behavioral approach to pressing conservation issues including raptor management, management of pest species, and assessment of nest predation.  His book, In the Company of Crows and Ravens (with Tony Angell, 2005 Yale U. Press) blends biology, conservation, and anthropology to suggest that human and crow cultures have co-evolved.  This book won the 2006 Washington State Book Award for general nonfiction.  With his wife, Colleen, he has just published Dog Days, Raven Nights (2011 Yale University Press), which combines reflection with biology and the recreational pursuit of dog sledding to show how a life in science blooms.  Gifts of the Crow (2012 Free Press) applies a neurobiological perspective to understand the amazing feats of corvids.  Welcome to Subirdia (2015 Yale University Press) details the urban ecology of birds, their challenges and triumphs, and how we can best conserve them. He has led studies on the effects of military training on falcons and eagles in southwestern Idaho, the effects of timber harvest, recreation, and forest fragmentation on goshawks and marbled murrelets in western Washington and Oregon, conservation strategies for Pacific Island crows, and the effects of urbanization on songbirds in the Seattle area.  Dr. Marzluff has authored over 150 scientific papers on various aspects of bird behavior and wildlife management.  He is a member of the board of editors for Acta Ornithologica, Landscape Ecology and Ecological Applications.  He has edited Avian Conservation: Research and Management that includes 40 chapters detailing research approaches to conserve avian biodiversity throughout the world (1998, Island Press), Avian Conservation and Ecology in an Urbanizing World (2001, Kluwer Academic Publishers), Radiotelemetry and Animal Populations (2001, Academic Press), Urban Ecology: An International Perspective on the Interaction Between Humans and Nature (2008, Springer), and Perspectives in Urban Ecology (2011, Springer). He is currently a member of the U.S. Fish and Wildlife Service’s Recovery Team for the critically endangered Mariana Crow, a former member of the Washington Biodiversity Council, and a Fellow of the American Ornithologist’s Union.