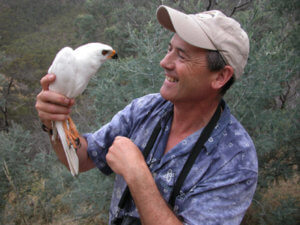 Small unmanned vehicle systems (UVS), sometimes referred to as “drones” and formerly exclusive to militaries, are rapidly advancing in sophistication and availability to civilians. Ranging from hand-launched autonomous airplanes to terrestrial robots to underwater machines, they are increasingly being employed in such areas as agriculture, emergency services, meteorology, oceanography and now, small UVS are being used in the field of bird research and management, for example conducting population surveys, tracking radio-tagged birds, sensing and observing birds in inaccessible or dangerous places, mapping and monitoring bird habitats, and deterring nuisance bird species. Join Dr. David M. Bird as he explores these applications of UAS for research, management, and conservation in the world of birds.

As an Emeritus Professor of Wildlife Biology of McGill University in Montreal, Quebec, Dr. Bird has published close to 200 peer-reviewed scientific papers and supervised 50 graduate students on a wide range of wildlife themes, mostly on birds of prey, but more recently on the application of UAVs (drones) to wildlife research and conservation. Until his retirement to Vancouver Island in 2013, he taught several university-level courses, including ornithology, wildlife conservation, animal behaviour, and scientific/public communication.  He has written and/or edited ten books, the most recent ones being Pocket Birds of Canada in 2016 and the second edition of Birds of Canada in 2017.  Dr. Bird is a past-president of both the Raptor Research Foundation Inc. and the Society of Canadian Ornithologists, as well as an elected Fellow of both the American Ornithologists= Society, the International Ornithological Union and the Royal Canadian Geographical Society. He currently sits on the boards of Bird Studies Canada and Unmanned Systems Canada.  Besides his innumerable public lectures and radio, television and newspaper appearances, Dr. Bird was a regular columnist on birds for The Montreal Gazette for almost three decades. He continues to write a bird column for both BirdWatcher’s Digest and Canadian Wildlife magazines and does a biweekly video blog for Brome Bird News.  In 2017, the Society of Canadian Ornithologists gave him the Doris Spiers Award for outstanding lifetime contributions to Canadian ornithology.